All of our instructors are CDB checked and CRB checked by WKSA HQ so you can be assured that you and your children are free from risk.

Our instructors have all been personally trained by Master Carl Barrie. They are nice and friendly people who care about your progress. You will be taught by true enthusiasts who love what they do. 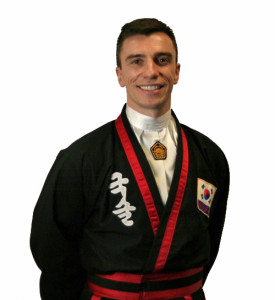 Carl has been training constantly since the age of ten. He started helping to teach at the age of 14 to broaden his knowledge and understanding of the art and he has traveled around the UK & Europe being taught by high ranking UK, USA & Korean masters. He has also had the privilege of being taught by the founder of Kuk Sool Won Grand Master In Hyuk Suh (10th Degree) and this son’s Master Sung Jin Suh, (8th Degree) and Master Alex Sung Woo Suh (7th Degree).

“I was always watching Martial Art films, notably those starring Bruce Lee, which inspired me to start martial arts. Then one day my mum told me about the martial arts club up the road. Since that day I have never looked back. After the first class I ever attended I knew I would do this for the rest of my life.”

“I remember what it was like being a white belt and a new starter, so with this I feel I can help and teach everyone in life to reach black belt and beyond. Train your body to be strong and your mind will become strong and you can achieve anything in life.”

Carl has been competing every year since the age of 11 and has won European Grand champion with over thirty gold medals in events such as sparring, empty hand forms, techniques, board breaking and weapons. 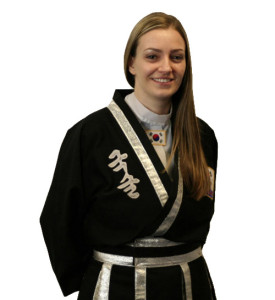 “I was shy and lacking in confidence when I started and although there is no obligation to enter a tournament in Kuk Sool Won all my class friends were entering so I thought I would give it a go, this was a very big step for me. I entered my first tournament as a white belt and won nothing but i gave it my best and although it was scary I really enjoyed it.”

Natalie kept entering competitions, at least 3 per year when at a Spanish tournament in Barcelona when she was at Red belt grade she won 2 silver medals for forms and techniques and a bronze for sparring. Ever since she has won numerous Gold, Silver and Bronze medals in forms, techniques, sparring, sword, staff and board breaking in Kings Lynn, Lowestoft, Birmingham, Liverpool, Barcelona and many different cities in Scotland.

Natalie has performed demonstrations in the Norfolk show in Norwich and at the NEC in Birmingham and says she would never have dreamed of doing all of this without Kuk Sool Won. You really do get all the help, encouragement and training you need to excel in the art and in your personal life. Natalie gained her 1st Degree Black Belt in May 2008 and has started training towards her 2nd Degree in May 2010 and hopes that one day she reaches Master level in this amazing Martial Art. Natalie is now a full time instructor under Carl Barrie teaching children and adults in the Liverpool school. 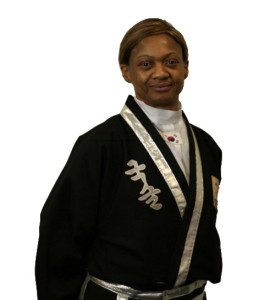 Abbey has always loved martial arts and was inspired in her early years by Bruce Lee but didn’t have the opportunity to practice at a club. She loved the self discipline and respect, and undertook further research through films and magazines. She was introduced to Kuk Sool Won at her local gym in winter 2003 where she watched friends practising. She was encouraged to have a ‘trial’ which she thoroughly enjoyed – and later on started training under PJKN Carl Barrie.
Abbey enjoys the competitive side of Kuk Sool Won and regularly enters competitions to compete against colleagues from other schools at international level. She took part in her first European tournament in 2004 as a yellow belt and won a very satisfying bronze medal.

“The concluding Masters Demonstration was awesome, ‘breath-taking’ and this was where I set my sights on emulating the Masters.”

Abbey has since won numerous gold, silver and bronze medals at both European and UK levels (for traditional forms, techniques, board breaking, staff spinning, staff form, sword form, sparring, self defence techniques and routines). Abbey has set herself some personal targets and is fully committed to achieving these goals; the first of which was achieved in 2008 when she promoted to the rank of 1st Dahn.

Abbey loves training with and learning from her colleagues, she is currently working towards her 2nd Dahn ranking.

My name is Mark Callacher, I am 29. I am a part time science teacher in a local high school and currently run a property business. I have been a part of Kuk Sool Won, Liverpool, for Approximately 3 years having joined in the spring of 2011.

After sustaining a knee injury whilst playing football I started searching for something that could increase my flexibility whilst improving my strength and fitness. After a little research I found that taking up a martial arts seemed to tick many of the boxes I was looking for, however I was initially apprehensive about a few things, for example.

Who would I be training with (I didn’t really want to be the newbie amongst egoistic, tough guys)

Would I end up with a broken nose and cauliflower ears (a bit vein I know!)

I had driven past Liverpool Kuk Sool Won on numerous occasions and eventually built up the courage to pop in and ask about the adults’ beginner class. I immediately felt comfortable and welcomed, and very quickly began to wonder why it had taken me so long to take the simple step of enquiring.

Within the first lesson it was very clear that any previous worries I had were not justified. I found the team at Kuk Sool Won extremely professional. The adults’ beginner class had a range of newbies! Different ages (many a lot older than myself), males and females, different fitness levels and different backgrounds, however one thing they all had in common was they were all genuinely nice people.

Three years later (and a few belts) I honestly believe that the decision to Join Kuk Sool Won as one of the most important in my life so far. Not only has it dramatically increased my flexibility, strength and fitness but it has massively developed my confidence, not only in a self-defence situation but in many aspects of everyday life. Oh and guess what I don’t have a broken nose and Cauliflower ears!

View all our locations

Find out more or adjust your settings.

This website uses cookies so that we can provide you with the best user experience possible. Cookie information is stored in your browser and performs functions such as recognising you when you return to our website and helping our team to understand which sections of the website you find most interesting and useful.

Strictly Necessary Cookie should be enabled at all times so that we can save your preferences for cookie settings.

If you disable this cookie, we will not be able to save your preferences. This means that every time you visit this website you will need to enable or disable cookies again.

This website uses Google Analytics to collect anonymous information such as the number of visitors to the site, and the most popular pages.

Please enable Strictly Necessary Cookies first so that we can save your preferences!

Please enable Strictly Necessary Cookies first so that we can save your preferences!